What do you give a writer for Christmas?  Most of the lists of suggested gifts are filled with things like computer writing software, printer paper and coffee cups emblazoned with bon mots from writers who have gone before us.  I have a different view of what a writer – like me at least – really covets.  So, apart from the Moleskines which I covet every year, Santa Claus is really the only one who can fill this list.  I’d like to share my 2014 letter to Santa with other writers and aspiring writers.

So we come to the end of another year.  It’s been a year of writing, not writing, writing some more, editing manuscripts, madly searching for a publisher, and taking a foray into self-publishing.  Well, you know what I’ve been through this year.  I’ve worked hard so I know you’ll look kindly on this writer’s little Christmas list.

Well, that’s it for this year Santa.  I’m planning another hard-working writing year and hope to be able to share with you at the end of 2015 just how far I’ve come with these gifts of Christmas 2014.  Merry Christmas!”

[1] For the uninitiated, Moleskines are (as their web site says): “…the heir and successor to the legendary notebook used by artists and thinkers over the past two centuries: among them Vincent van Gogh, Pablo Picasso, Ernest Hemingway…”  You can read about them at http://www.moleskine.com/en/moleskine-world and buy them all over the world in book stores and online.  The paper is great and the array of sizes and colors amazing.

As I finish draft three of the new book and begin deliberations with a new publisher (more about that in an upcoming post), I’m also thinking about my packing list – that list is the one for an upcoming trip to London, Rome, the Greek Islands, Athens and ultimately five days in Istanbul. Travel is the other love of my life – after my husband, son and my writing.  I’m taking a few notebooks, a great pen, a mini-iPad and a flash drive.  Other than clothes, that should about cover my needs!

The truth is that I think we can be inspired by so many things. Whether we write fiction or non-fiction, we need to be always aware of our surroundings, what we see, what we hear, how we feel about what’s going on around us.  There we can find the genesis of an idea.

As I’ve said before, “The most accurate way to describe my mind is to use the Buddhist term: monkey mind. That’s me.  My mind is always moving; the thoughts are chattering away, unbidden.  Ideas fill my head from morning until night.”  Obviously, this can sometime make real life challenging, but I’ve learned to cope as all writers do.  The truth is that travel – whether to the other side of the world or simply to the other side of your town, province, state or country – opens up my mind t new things if I only pay attention and let my mind fill with the ideas without grasping for them.  Then that’s what the notebooks are for.  I take along several Moleskines™ of different sizes, my favorite kind, a great pen, and an iPad for making electronic notes that I then either store in Dropbox or send to myself as an email.  The flash drive is in case I have access to a computer in an airport lounge or, as is the case on this upcoming trip, in our suite on board the ship that will take us from Rome to Istanbul.

I’ve been inspired with ideas for historical fiction in particular several times in the past. Two great ideas are still gestating in my mind as we speak, since I’ve been embroiled in several non-fiction projects with deadlines and haven’t had time to get back to my real love.  But that time is fast approaching.

One time several years ago, my husband and I were on a ship in the Mediterranean. Believe it or not the ship interior was the inspiration.  Among the various pieces of fabulous artwork on board was a large painting that covered one wall of the piano bar.  I was drawn into the face of the main subject as she sat aboard a ship on what in my mind at least was a transatlantic voyage.  She was a character out of an era that has always fascinated me: the 1920’s.  I photographed her and thought about her, wondering what she was thinking.  I didn’t figure it out until a year later when we visited the Caribbean island of

Bequia and I saw the ruin of a village that was evidently built in the 1960’s but in my mind (and that’s all that really matters to a writer, isn’t it?) it was built much earlier and finally I had a transatlantic connection.  I’ve already started the book.  Maybe I’ll post the first chapter here some time.

The places that we’re visiting over the next month and a half are steeped in ancient history. I’ve been doing as much background reading as time permits and I think I’m ready.

I’m going to listen, look, smell, taste and feel some new experiences. I’m going to write those impressions down in my trusty notebooks and then I’m going to come home and write a new book.

Other thoughts about inspiration, keeping journals, and travel:

The Genesis of an Idea

Maybe Bora Bora will inspire you! (from our travel blog) 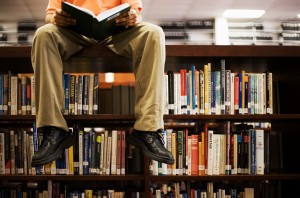 Writers are usually avid readers. I suppose that it is expected of us, and possibly even required – although I’m certain that many of the classics were written by authors who did not read widely since there was so little to read (this is a theme I’ll get back to in a later post). I’ve given some thought before to the books that shape us as writers, but I’m still left wondering if others might be a little like me. Sometimes, when I come to the end of a book, I have a deep feeling that I wish I had written this book. It occurs to me that an examination of those books might provide insight into what we ought to be writing about – rather than simply always writing about what we think we should be writing about (or worse, only what sells).

Over-Dressed: The Shockingly High Cost of Cheap Fashion by Elizabeth L. Cline. This book affected me even beyond my deep feeling that I wish I had written it. An important examination of an industry that affects all of us in one way or another, this book is one that needed to be written, and needs to be read. This feeling of a book that needs to be written, coupled with my interest in the subject matter were the factors that perhaps conspired to make me wish I had written it. The author, Elizabeth Cline is an American journalist whose commitment to the investigation of the North American penchant for disposable fashion resulted in a story that had my head spinning – although much of it did not come as a surprise – and I avoid disposable fashion like the plague, given my penchant for quality. 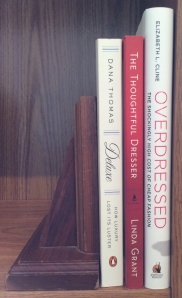 Deluxe: How Luxury Lost its Luster by Dana Thomas. As I closed the cover of this book I had a very distinct feeling that it was one I should have written! A social history of the luxury goods industry, the book is also well-researched, lucidly written, informative and entertaining. The fact that it focuses on a topic that has been of interest to me since I started researching the marketing tactics of luxury goods manufacturers in my day job (don’t ask!) might also make it the kind of book that I would have liked to have written.

The Thoughtful Dresser: The Art of Adornment, the Pleasures of Shopping and Why Clothes Matter by Linda Grant (who is also a novelist). This book had me at the following statement on page 10:

“I consider it to be absolutely normal to care deeply about what we wear, and detest the puritan moralists who affect to despise fashion or those who love it. Who shrilly proclaim that only vain, foolish Barbie dolls, their brains addled by consumerism, would wear anything but sensible clothes made to last. As if appearances don’t matter when, most of the time, they are all we have to go on. Or sometimes all that is left in the ruins of life.”

This paragraph encapsulated for me the conundrum of my life as a professor and writer – and someone who has always enjoyed the fun of dressing. On a university campus, dressing fashionably is viewed in much the way Linda Grant describes. She nailed it. Oh how I would have loved to have written this book for my colleagues to read!

So, these books all do seem to have things in common. But what strikes me most is the fact that they are all non-fiction. I hope my inner writer is listening. I’ve been focusing my future writing on fiction – which I love to produce – and yet the books I wish I had written are all research-based, narrative non-fiction.

A few years ago during one of my many searches for an agent (two searches were successful; neither of them sold my manuscripts), one of them snottily said the following to me: “If I had a dime for every bona fide non-fiction writer who wanted to write fiction, I’d be rich.” Then she refused to represent any fiction I might produce. I guess I should have been happy to have been referred to as a bona fide non-fiction writer, which I suppose I am.

So I think I’m going to consider this analysis of my own reading interests. Don’t get me wrong, though, I love to read fiction. I just wonder how much of it I should be writing.