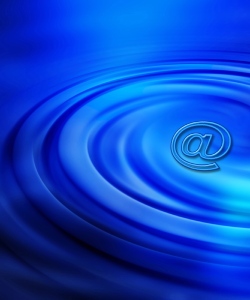 At least twice in just the past week I have acquired new Twitter followers who themselves boast over 10,000 followers.  Imagine that!  10,000+ followers!  I always surf over to see the profiles of my new followers and never cease to be astounded by these huge numbers.  But before I click to “follow” back, I always hesitate in these instances.  I always seem to have the same question for myself: “Why in the world would I want to follow someone (or some organization) with that many followers unless I’m looking for their information.  They certainly won’t be interested in anything I have to say.  Dear god, they’ll never be able to find it!”  And I’m left wondering how anyone can possibly be in a balanced give-and-take situation when there are so many hangers-on involved.

In my day job, I’m a university professor.  To be more precise, I teach in a communication studies department with a focus on public relations and corporate communication. Throughout my long career in the real world and in academia, I’ve specialized in two areas, one of which is strategy.  In that capacity, I’ve helped hundreds of students develop successful promotional plans for non-profits and small businesses, and was an early adopter of social media, teaching our first undergraduate course in the new applications some years ago.  It’s funny now that I’m looking at my own promotional work, I’m struck by a number of oddities in the world of social media – and authors.

My last post found me wondering if publishers really care about a writer’s life on Twitter, and thinking about that led me to contemplate the problems of social media ‘platforms’ in general.  So, at the risk of alienating all of those authors and wannabe authors that I might be connected to online, here goes.

A social media platform no doubt supports sales of independently published books.  Okay, I’ll buy that – but with a few caveats, the most important of which is that there needs to be some recognition of the point of diminishing returns.

I submit that a there is a point at which a writer’s online, social media presence morphs from supportive and beneficial to toxic.  So here are some symptoms of toxicity that I’ve observed.  You might be developing social media toxicity…

So, you might conclude that I’m just sour because I have a very few Twitter followers.  But I’m not.  I might have at one time when I thought that those followers might actually buy and retweet to actual buyers about my work.  But that rarely happens in reality.  It’s a bit like viral video: You can’t plan to use one for promotional and marketing because you have no way of knowing if a video you produce will catch fire or not.

I’m going to spend less time on my social media presence and more time on my writing.  At least for now.